The seminar provides an overview of the development of the global trading system since 1947: How the GATT rose from the ruins of the Second World War, evolved during the Cold War and eventually became the WTO, as well as the past decade’s progressively tougher challenges. It concludes with reflections on the prospects for EU trade policy in the face of deep geopolitical divisions.

Anders Ahnlid is the Director-General of the Swedish National Board of Trade (Kommerskollegium), Sweden’s government agency for international trade, the EU internal market and trade policy. Ahnlid served as a Swedish negotiator during the GATT’s so called Uruguay Round of 1988–1994. During his career, he has held several positions related to trade policy within the Swedish Foreign Service. In 2011, he was appointed Ambassador to the OECD and Unesco in Paris. During 2013–2016 he served as Ambassador of the Swedish permanent representation to the European Union in Brussels, and 2016–2020 he was the Swedish Ambassador in Helsinki.

The seminar will be held in English.

This event is organised by The Swedish Chamber of Commerce in France, Cercle Suédois and Swedish Business and Policy Forum 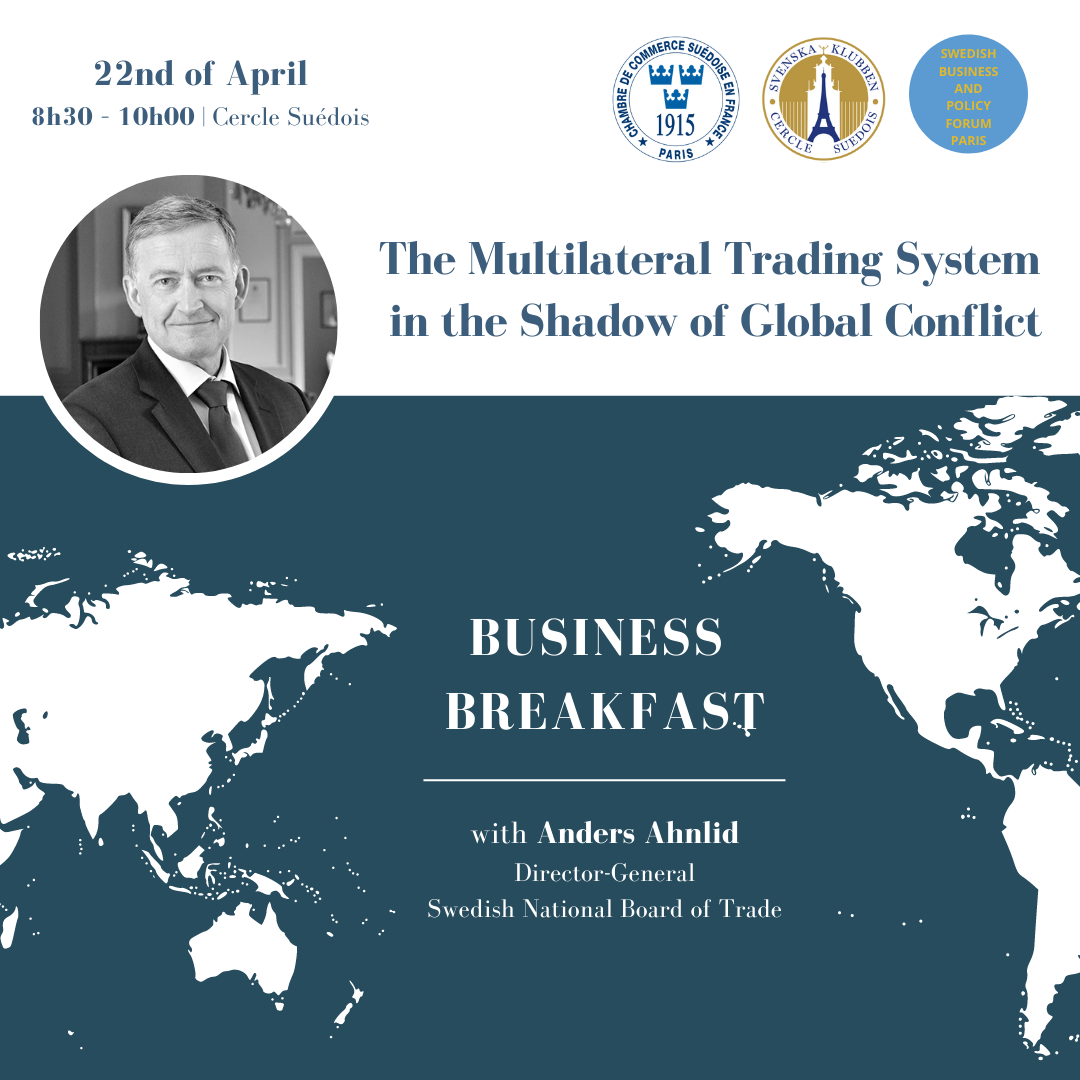